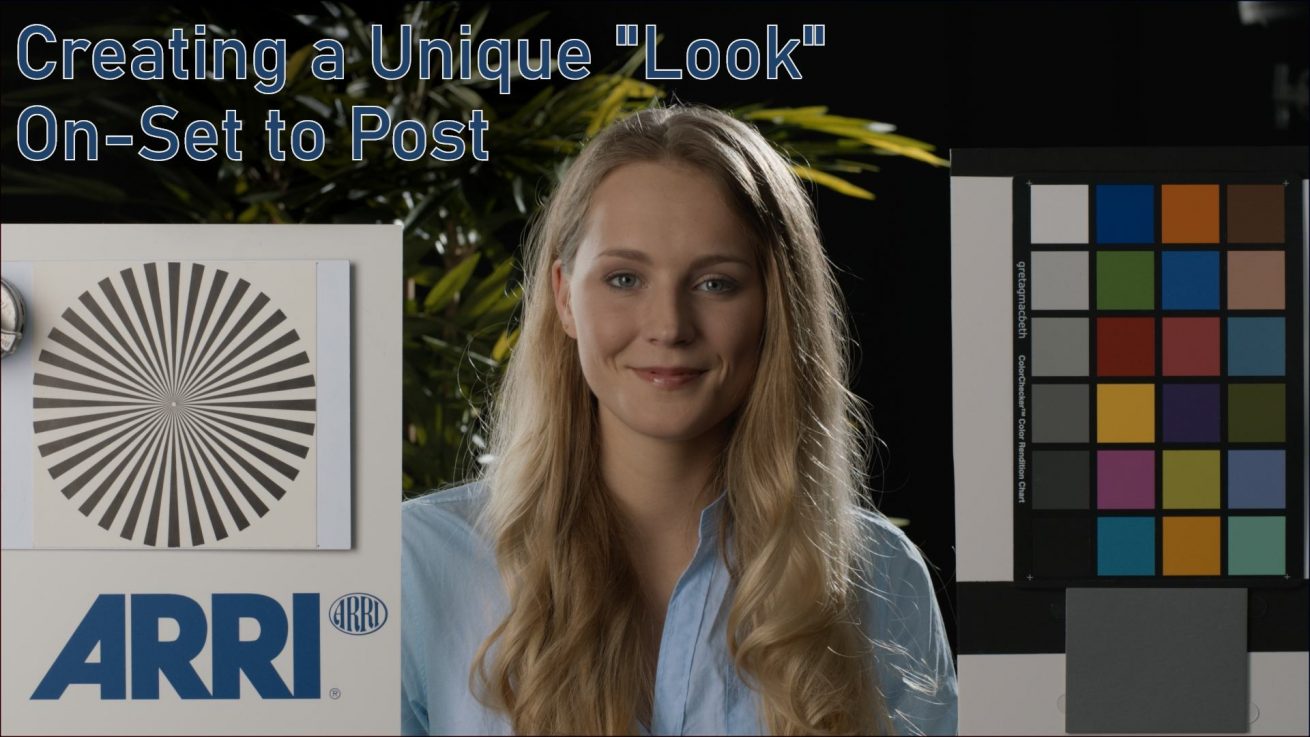 As the COVID-19 pandemic sweeps the globe the creative industry grinds to a halt, all productions I was due to shoot are either cancelled or postponed. Like many others I wanted to use this time constructively, along with filming chocolate bunnies for Easter, I wanted to start working on something I had wanted to do for a while now, create a look I could monitor on set and also apply to footage in post that was unique to me and looked the way I like.

I have shot with Arri cameras for many years now and owning an Amira has allowed me plently of time to develop and test a “Look” I can use to shoot with on set and then pass on to post production to make sure the footage looks the way I want. I know this is a technique used by some other DPs who have a collection of looks they can pick and chose depending on the job.

The most common way for me to shoot with any Arri camera is to record Log-C and use the Arri Log-C to Rec709 LUT to view on monitors and in the viewfinder. Which is absolutely usable for all productions. However, a lot of the projects would go through a heavy grade and not look anything like the standard Log-C to Rec709 Lut by the end. The colours, contrast and brightness would all be different.

So I thought, what if I could develop a Look that I could use to communicate more accurately how the final grade would look on-set to the director and the rest of the production.

I’m not a colourist but have a fair working knowledge of Davinci Resolve and colour grading in general, I have often graded my own content and short films or low budget projects when needed. I am always trying to increase my knowledge in this area as it is so crucial in finalising the look of the project which I believe the DP should be involved with throughout. Above all else, this challenge is a great way to educate myself further with the properties and nuances of Arri’s sensor, the workings of Resolve and colour science in general.

I didn’t want to create a look that I could use on set to light and expose with and then just copy and pasted onto all the footage and export, job done. I wanted something that could provide a base to how I like things to look and be taken from there.

One Look To Rule Them All… Not Quite

Now of course there is never going to be one look that can be used for every single production, because the look of productions vary so much depending on many factors (hence why most people stick to Arri’s 709 LUT). For this reason I started creating a look I could use on short films or content I shoot for myself, as a proof of concept to see if the idea actually works. My main aim was to have a LUT I could load into camera or a monitor and use to view on set and also a Davinci Resolve Powergrade I could apply to files and then tweak from there. The LUT used for monitoring was one created from the powergrade and converted to .aml format to use in Arri cameras using Arri’s Color Tool.

I wanted to create a custom curve to produce pleasing contrast while protecting shadow and highlight details but not making the image too low contrast. I tend to prefer higher contrast than lower contrast images currently. I also want to map the colours to slightly change the hue of greens to a slightly warmer tone. I also wanted to change how blue is viewed, leaning for more of a steel blue, but avoiding the blatant teal and orange look. I also want to try and boost skin tones to try and make them “pop” more in the image. All of these are my own personal preference of what I think looks good and will no doubt evolve over time.

One thing I have tried to avoid is recreating the look of film stock, as many LUTs and Looks available to purchase do. From experience the LUTs I have used that do this tend to have attributes I dislike and never sit right with me, it’s a feeling I can’t really describe. Let film be film, and allow digital be it’s own thing. Arri’s sensor is actually incredible and can create a beautiful image, I want to make the most of that sensor and not try and recreate another format within those constraints. That is not saying I don’t want a cinematic look, I believe those are two very different things.

Again, the idea wasn’t to create a very stark look that would make the footage look like I’d just dropped a LUT from a free LUT pack that seem to dominate the internet at the moment. As I would be making a Powergrade, all the different adjustments could done with different nodes within Resolve and adjusted to suit each job or scene. This would save me having to recreate the look each time if I was grading my self or creating a rough grade on select clips to hand to a colourist to show I wanted the footage look.

I used a variety of shots to create my look, making sure I had shots that replicated day EXT, day INT, night EXT and night INT as well as the standard Arri Colour Tool sample image. With a combination of lighting colours and camera set to different colour temperatures. I found its impossible to make something that looks great on all of those but I can get close and leave it editable to taste.

Using a combination of waveforms, false colours, vectorscopes and just my eyes via calibrated monitors I started to create a look that worked for me.

I split the nodes up, creating a first node for colour balance and and exposure adjustments that could be made per shot, I labeled this node but left it with no corrections. That was followed by my saturation preference and Custom Curve, the curve was the part that took the longest to get right to my eye, giving enough detail in the shadows and retaining enough highlights whilst allowed for a decent amount of contrast overall.

The 3rd node I would use for the colour profile, this is where I adjusted the hue vs hue settings as well as hue vs saturation and hue vs luminance to put the colours where I liked.

The first version I created, with the catchy name of “Josh Look V1”, lacked enough contrast for my liking but also pushed the image too much towards magenta and had a slightly muddy look to the shadows, which I disliked.

For version 2 I modified the Custom Curve to lower the contrast in the shadows but not to lose details. This gave a richer image but maybe a little too contrasty, to fix this I added a new node and labeled it “Log Shadows”, I used the Log adjustment wheel to bring up the shadows which retained the details but reduced the contrast and pulled back the waveform from 0 IRE to just above. I think it’s always a good idea to leave a little head room top and bottom of the image. This node can be easily adjusted in post as needed.

Even though I have colour calibrated my monitors and tried to make everything as accurate as possible there is still a possibility that there will be slight inconsistency throughout the workflow but I think this might just work.

I have created 2 looks, a standard look for most scenes and a low light look for when I’m struggling for light and need to pull the shadows up allowing me to see more details there, it also increases the luminance of the midtones, but highlights stay mostly the same. This is quite an extreme look at wouldn’t be usable day to day but as something to have as backup. It also allows me to see into the shadows and see what details I am retaining, similar to looking at the Log-C image but with a more graded look.

I believe I have proved the workflow to work well and will allow me to modify or create a new look from scratch for individual projects that require it. My next aim is to create a more neutral look that I can use for commercials which generally require (brand) colours be more accurate, a direct competitor for the Arri 709 LUT.

While producing this look I realised there may be a benefit in creating a standard LUT that can be given to an editor/director to apply to all footage for the production. Editing software such as Premiere will automatically apply the Arri Log-C to Rec709 LUT to the Arri footage and this is viewed when cutting the project. This is usually fine, the problem, however, comes when the director who often cuts or sits in on the edit becomes so used to seeing the footage that way that suddenly applying a different look for the grade can be jarring and they just want to go back to how it was, not ideal.

This look will only work for Arri cameras with the ALEV iii sensor, Alexa, Alexa Mini and Amira, but that means it can be transferred quite well to be used on the Alexa LF and Mini LF. I tested this with some test footage downloaded from the Arri website.